4 Surmountable Challenges To The Reshoring Of U.S. Manufacturing 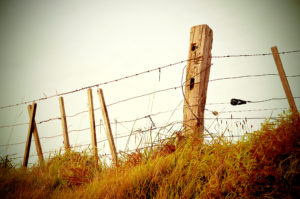 U.S. manufacturers’ reshoring initiatives are proving to be downright profitable compared to overseas production. A growing trend among manufacturers, reshoring has already begun to transform the global supply chain and U.S. economy. While the economic benefits of reshoring manufacturing jobs back to the U.S. are plentiful, there are also several challenges original equipment manufacturers (OEMs) and electronics manufacturing services (EMS) providers must overcome in order to be successful. Let’s take a closer look at some of these obstacles.

Just about every industry is being transformed by technology, and manufacturing is no exception; the dirty shop floors and assembly lines of the past are slowly disappearing, making way for advanced robotics and automated systems. The manufacturing jobs returning to the U.S., therefore, are fundamentally different from those of past decades due to enhanced automation and production efficiency.

We’ve entered a phase of digital manufacturing with little room for shop employees to simply function as button-pushers; they must be skilled workers possessing a deep knowledge of how to manage new technologies and software, as well as interpret and analyze data. The manufacturing sector is faced with a skills gap in which technology is becoming more complex and more experienced Baby Boomers are retiring. Deloitte has projected that as many as 2 million manufacturing jobs could go unfilled over the next decade as a result.

To reinvigorate the workforce, manufacturers must introduce community and educational outreach to attract young people with STEM-centric backgrounds. Many businesses have begun offering shop tours, job fairs, and community events on National Manufacturing Day (MFG Day). A single day, however, is not enough time for manufacturers to reinvent the industry’s outdated reputation and promote manufacturing job opportunities as exciting, high-tech, high-skill positions.

While many reshoring initiatives achieve lower transportation costs and lead times, moving production operations is sometimes a costly endeavor for EMS providers newly entering the U.S. market. Established U.S. EMS providers can provide OEMs with significant cost-saving and profit-producing advantages. EMS providers with long-standing relationships with U.S. based suppliers are oft times more equipped to negotiate special discounted pricing on behalf of OEMs. Advanced green and technology investments also generate operational savings that can be passed on to OEMs. Syscom Tech, for instance, generates 22% of its electricity from solar panels, and passes on savings generated from lowered energy bills to customers.

Many high volume part manufacturers are at risk of facing similar production cost increases after moving from low labor-cost countries. Apple, for example, has reportedly opened discussions with its EMS providers in order to bring iPhone production to the U.S. Such a move would increase production costs by almost 50% for Apple, as most of its suppliers are in Asia. OEMs reshoring to the U.S. stand to benefit from sourcing components from new suppliers. With North American or U.S.-based suppliers and distributors, OEMs can maintain a lean supply chain and keep production closer to the end user.

Reshoring to the U.S. isn’t as simple as packing up and leaving. Some Chinese contract manufacturers have sued American OEMs for terminating supply chain agreements early, alleging wrongful termination and lost profits as a result. OEMs considering reshoring initiatives should seek legal guidance to avoid liability issues and ensure a thorough understanding of their existing contracts with suppliers.

In order for OEMs to maximize the benefits of reshoring, new relationships must be forged with well established U.S. EMS providers as well as domestic suppliers and distributors. Pre-existing relationships, and established operational systems support reshored OEMs in developing leaner supply chains with maximum production efficiency.