America’s Defense Revolution—Brought To Us By Miniaturized Components?

Component miniaturization has become a necessity in electronics manufacturing. From wearable fitness trackers to mobile location-based applications, there is an increasing demand for powerful, multi-functional systems to become thinner, lighter, and faster. The value of component miniaturization extends beyond portable personal devices and other consumer-facing products. Nanotechnology is also lending a competitive advantage to the defense industry. Miniaturized components enable drastic reductions in size, material cost, and power consumption for a variety of military applications, while continuing to meet the rigorous performance specifications of the industry.

The enhanced functionality and reduced footprint of miniaturized components has given original equipment manufacturers (OEMs) more design flexibility than ever before. For the Department of Defense, nanotechnology and miniaturization have become such high priorities that former Secretary of Defense Chuck Hagel made an explicit call for the expansion of this innovation during a speech in 2014. Now is the perfect time for OEMs and contract manufacturers (CMs) to align their organization with this trend.

PCB assembly manufacturers are already reducing the footprint of defense applications in order to drive competitive advantages, let’s examine these in detail.

First appearing during the first Persian Gulf War, PGMs (also known as smart bombs), have adopted nanotechnologies over the past several years that have rendered the earliest versions obsolete. These electronics applications incorporate advanced sensors for target identification and miniaturized GPS receivers that are placed inside of soldiers’ boots. Present-day PGMs can find and strike exact targets with extreme accuracy and minimal collateral damage. 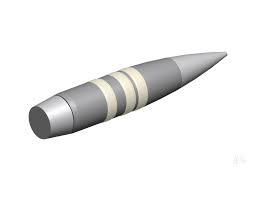 Standout Innovation – DARPA EXACTO: Over the last decade, the Defense Advanced Research Projects Agency (DARPA) has worked alongside Lockheed Martin to develop the EXtreme ACcuracy Tasked Ordinance (EXACTO) system – a “smart bullet” that enhances weapon precision and sniper effectiveness. This revolutionary system, which introduced the first guided small caliber bullet, requires miniaturized components that fit within the limits of a .50 caliber round.

Whether on the road, in the ocean, or in the sky, soldiers and defense vehicles are bogged down by a multitude of heavy cables, batteries, life support equipment, and communication sub-systems. Control panels containing miniaturized electronic components can be operated while unmanned via remote control or preprogrammed automation. Aircrafts and automobile manufacturers developing these unmanned systems often use lighter weight – and often more cost-effective – materials, as these vehicles are not responsible for supporting human operators or life-critical systems. Smaller components such as 01005 packages are built directly into surface mount technology (SMT) to increase the number and speed of connections in these vehicles.

Microwave radar applications are currently being developed for protection against unmanned aerial vehicles (UAVs). These radar-based security systems use miniaturized GPS tracking components to locate incoming drones from several miles away and disrupt their signals with a flood of radio waves. 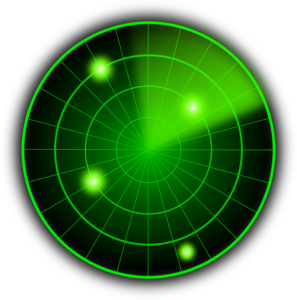 Standout Innovation – SpotterRF A200: This past August, Utah-based surveillance radar developer SpotterRF released a highly-compact A200 drone detection and defeat system. Weighing just 3.5 pounds, the A200 is powered by nanotechnology, which enables it to mount onto nearly any surface and provide a complete 3D view for early identification in drone surveillance.

In the research and development phases of these critical use applications, OEMs must consider a range of factors from size and material cost to intended working environment and performance. In the military and defense industry, there is virtually no room for error. It is therefore crucial for OEMs to seek out printed circuit board assembly (PCBA) vendors who rather than simply assembling off-the-shelf components, serve as trusted partners to guide projects from start to finish. The most forward-thinking contract manufacturers have already begun investing in assembly equipment and training personnel on how to engineer packages as small as 01005. Syscom Tech is a forward thinking US-based CM that both possess state-of-the-art equipment and highly-skilled personnel,  and has invested in data management and analytics tools that enhance operational efficiency and affordability for OEMs.