The Impact of Printed Circuit Board Innovation On Consumer Electronics

As consumer electronic devices have continued to evolve over time, so have the printed circuit boards (PCBs) and processing systems that power them. Demands for miniaturized cell phones have driven component sizes down from 0603 and 0402 packages to 0201 and 01005, creating unique assembly challenges for contract manufacturers (CMs) and original equipment manufacturers (OEMs).

These innovations aren’t merely limited to cell phones; many once popular electronic devices such as pagers, PDAs, and MP3 players have similarly undergone a miniaturization revolution. The iPod Mini for example, released in 2004, appeared in two different generations before shrinking down to become the iPod Nano in 2005. As processing technology developed, Apple continued making significant design tweaks to the model each year before settling on the 7th generation Nano in 2015.

Let’s examine the ways that PCB assembly and size innovation have produced competitive advantages within the consumer electronics industry.

Among the packaging innovations that have pushed the envelope for device form and functionality are more versatile chip components including smaller PCBs and micro ball grid arrays (MBGAs). The compact nature of these components has lifted many design restrictions. Instead of designing a part to fit around a particular processor, manufacturers now have the freedom to configure circuitry to nearly any desired design. The consumer electronics industry has realized a drastic reduction in product sizes, thicknesses, and weights as a result. 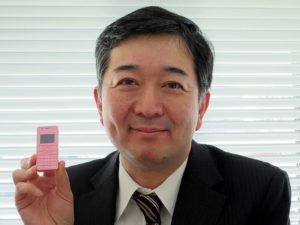 Standout Technology – Willcom WX06A: At 32 x 70 x 10.7mm and 32 grams, the WX06A is officially the world’s smallest cell phone. Launched in Japan and set to go on sale before the end of the year, this phone allows users to send and receive texts, calls, and emails. Similar to recent smartphone models, a micro SD card is required. With just 2 hours of talk time and 300 hours of standby time, the model’s small size comes at the expense of battery life.

Compromises must be made in the pursuit of smaller product design, and in today’s always-on society the desire for continuous digital connectivity trumps device size. Nowadays, consumer electronics users are more concerned with practical factors such as durability, processing power speed and battery life. They want their devices to be shatterproof, waterproof and designed to be damage-proof. Flexible printed circuit boards (PCBs), also known as flex circuit boards, are increasingly being integrated into consumer electronic product designs in order to satisfy these user demands.

Flex circuit board are physically more elastic than traditional PCBs, allowing manufacturers to position them around edges and folds with little to no wiring. As such, they maintain design flexibility, enabling miniaturization and minimizing the risk of failed connections. The materials used to make flex PCBs, such as polyamides, offer stronger resistance than their rigid counterparts against vibration, extreme temperatures, water damage, and corrosion. Devices made with flex PCBs can, therefore, generally withstand much harsher environments and reduce opportunities for connection wear and tear and contaminant entry. Flex PCBs have traditionally been used in medical, military, and aerospace applications, but now OEMs in the consumer electronics sector, too, are developing more rugged devices with flex circuit boards. 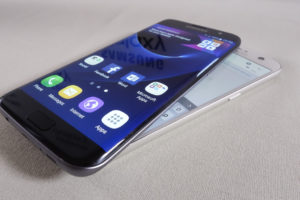 Standout Technology – Samsung Galaxy S7: Users of this waterproof device may never have to put their phone in rice again. Classified under IP68, the Samsung Galaxy S7 is Samsung’s most resilient model to date. It can withstand a plunge into about 1.5m of water for up to 30 minutes without suffering internal damage. Available in three curvy styles with screen displays ranging from 5.1-5.5”, the S7 family utilizes a Qualcomm Snapdragon 820 processor for maximum connectivity, graphics, power, and battery life.

Printed circuit board assembly (PCBA) contract manufacturers need technical expertise and specialized machinery to support OEMs in adapting to changing market demands. PCBA expert staff can provide OEMs with suggestions on how to maximize efficiency and durability while maintaining a small footprint or unique design. As manufacturers continue to combat shrinking operating margins, PCBA partners can further support OEMs by providing advice on which material composites are the most structurally sound yet cost-effective material for their components. OEMs ultimately need forward-thinking CMs to optimize their production operations and realize competitive product advantages.