PCB Innovation Is Providing The Fashion Industry A Smart Makeover

Large wearable devices simply aren’t considered fashionable. Clunky plastic wristbands tend to clash with diamond rings and blazers. Reconciling the size and flexibility of PCBs with the traditionally delicate aesthetics of women’s styles and minimalistic unisex and men’s designs has proven particularly difficult. Google Glass–one of the boldest wearable devices released to consumers to date–halted its sales in early 2015 primarily due to unfavorable design. People look to fashion to bring out who they are—not to hide behind a device. A handful of smart fashion lines currently address this careful balance of form and function. Let’s examine the most promising smart consumer fashions being offered to date. 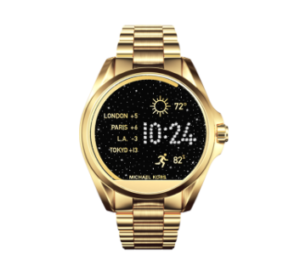 Standout Innovation – Michael Kors Access: Powered by Android WearTM, Michael Kors has designed a customizable line of men’s and women’s watches with smart capabilities. Users can personalize the size, shape, and color of the face, dial, and band of their watch, as well as enable notifications from their smartphone apps for easy access to desired features. In an age when nearly everyone uses their cell phones to tell time, traditional timepieces are considered a status symbol.

Gaining mainstream recognition through brand names such as Fitbit and Garmin, wearable fitness trackers pair with users’ smartphones and tablets to monitor health and wellness parameters including number of steps, sleep quality, and calories burned. Based on their value proposition, most of these devices must be worn 24 hours a day. Competition between established and new market entrants is largely driven by manufacturers’ ability to design styles that users want to wear. 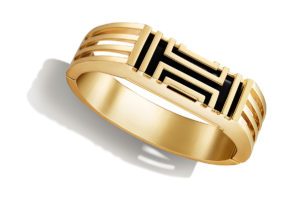 One of the biggest jumps from the tech industry to the world of fashion is through smart jewelry. Without any visible screens or written text, precious and semi-precious rings, bracelets, and pendants are concealing their multi-functionality under a veil of glitz and glam.

Standout Innovation – Ringly: This wearable tech startup is doing away with screens to add more subtle smart features to its products. Tiny LED lights flash to let users know their Uber has arrived, for example. Nanotechnology also enables personalized capabilities such as tapping for keyless building entry and cashless payments. Company co-founder and CEO Christina Mercando stressed the importance of Ringly’s seamless tech integration, saying, “We decided to use no screws, no plastics, no buttons, no USB ports…That’s part of the magic of what we do. It’s a really difficult design challenge to make the technology disappear.”

With fabric circuit boards, fashion designers can sew chips into the sleeves of shirts and jackets. The subtlety of woven circuit boards allows consumers to wirelessly access all of their favorite mobile apps without sacrificing style. 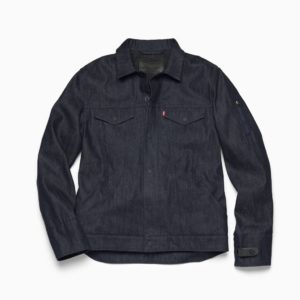 Standout Innovation – Levi’s® Commuter X Jacquard by Google: This casual denim jacket, designed with cycling commuters in mind, allows users to adjust their music volume, accept and silence phone calls, and monitor their routes and ETAs via GPS – all with a simple touch of the sleeve. This jacket is the product of a year-long development effort between the Levi’s® Innovation team and Google’s Advanced Technology and Projects (ATAP) group.

OEMs striving to win over customers with smart fashion products like the ones detailed above need contract manufacturers with assembly equipment and highly-skilled personnel capable of handling packages as small as 01005. Fabric circuit boards, wearable PCBs, micro-BGAs and other packaging innovations have already begun to influence the medium- and long-term strategies of OEMs in the fashion industry. While saturation levels are still relatively low, forward-thinking manufacturers are getting ahead of the growth curve and launching well-designed devices, accessories and clothing with lighter, thinner components.